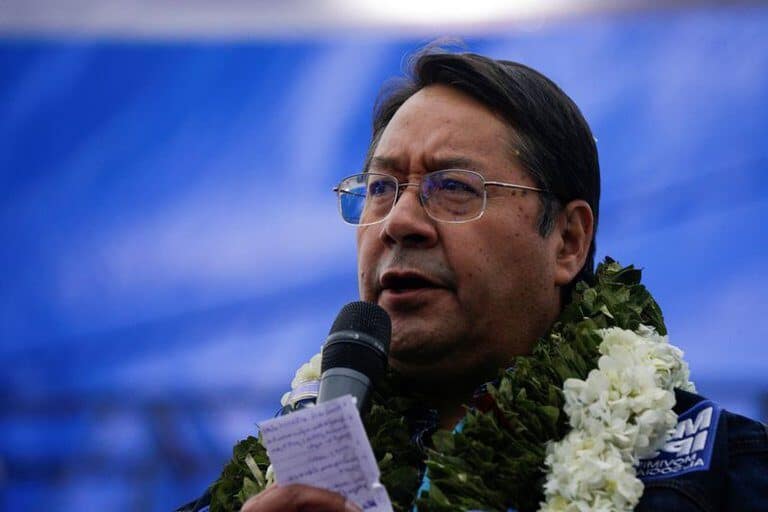 The political dolphin of Evo Morales and former Minister of Economy achieved a resounding victory in Sunday’s elections, which allows the MAS to return to power after allegations of fraud in the October 2019 elections

Economist Luis Arce , who gave the big surprise by winning the Bolivian presidency in the first round on Sunday according to the quick count, benefited from the political capital built for decades by former president Evo Morales.

His unexpected victory in the first round, not anticipated by the polls, paves the return to Bolivia of Morales from his exile in Argentina and serves the leader of the Movement to Socialism (MAS) to vindicate himself politically, 11 months after his resignation in the middle of a social upheaval.

“The MAS has won the elections widely, including the Chamber of Senators and Deputies. Bolivia has Arce as president (…) Lucho (nickname of the MAS candidate) will be our president (…), he will return to our country the path of economic growth, ” said the former Bolivian president from Buenos Aires.

Arce won the elections as standard bearer of the economic boom of the Morales government (2006-2019), when he was Minister of Finance.

A 57-year-old economist, he studied at the state Universidad Mayor de San Andrés in La Paz and did a master’s degree at the British University of Warwick.

He worked for 18 years at the Central Bank, where he held various positions, and was Minister of Economy and Finance for most of Morales’ term, with an 18-month hiatus. He has a more technocratic than political profile . He also devoted himself to teaching and headed numerous courses at universities in Bolivia, the United States, and other Latin American countries, including Harvard, Columbia, and the University of Buenos Aires.

Under Morales’ mandate, Bolivia raised its Gross Domestic Product (GDP) from $ 9.5 billion annually to $ 40.8 billion and reduced poverty from 60% to 37%, according to official data.

The bonanza made it possible to pay bonuses to thousands of pregnant women, school children and the elderly, and millionaire investments to try to industrialize lithium and natural gas. “We made appropriate decisions that led our country to lead various economic and social indicators in the region ,” Arce said after being appointed presidential standard-bearer of the MAS, an honor that Morales had always had.

During his tenure in charge of the Ministry of Economy, one of his most important – and controversial – measures was a series of nationalizations, such as that of hydrocarbons. The new president of Bolivia said that this measure was one of the pillars of the country’s economic recovery.

Arce resigned from the post in 2017 after suffering from kidney cancer. After a long recovery in Brazil, he returned to Bolivia and resumed the job.

With strong criticism of the transitory government of Jeanine Áñez , he campaigned stating that “the economy is not a game” , a way of bringing water to his mill as he knows the goings-on of the Bolivian economy.

The father of three children, Arce was born on September 28, 1963 in La Paz into a middle-class family. His parents were teachers.

His origin and training are different from those of Morales, who was born into a family of modest peasants and llama herders, worked throughout his childhood, so he went to school for a short time, and his mother tongue is Aymara. In sports they are also different, as the former minister likes basketball, while the former president loves football.

Although he always declared himself a person of the left, he was never considered an orthodox Marxist or a traditional communist militant.

Last January, Arce was appointed as a candidate for the presidency by the MAS, a nomination that caused certain divisions in the party, since the former minister does not come from the union and peasant organizations. However, Evo Morales indicated that he was the right man to “guarantee the national economy.”

During the campaign he always led the polls , favored by Morales’ political capital. But there was also uncertainty about the impact that questions about Morales’ controversial victory in October 2019 could have on the polls in an election that was later annulled.

Allegations of fraud in favor of the reelection of the MAS leader led to protests that led to his resignation three weeks later. He took refuge in Mexico and later in Argentina, where he served as Arce’s virtual campaign manager.

The right-wing government and the other candidates directed all their artillery against the MAS standard-bearer during the campaign. In addition, the attorney general, dependent on the government, accused him of “illicit enrichment” while he was minister, a charge that Arce denied.

The right-wing candidate Luis Fernando Camacho affirmed that “Luis Arce is not a candidate, he is a puppet of the dictator Evo Morales.”

Former President Jorge Quiroga , who was a candidate but was marginalized at the last minute, described him as the “cashier of waste”, for the millionaire spending on public works for 14 years.

Mesa , meanwhile, assured that the economic achievements of Arce and Morales were not “by their own merit”, but were achieved thanks to the high prices of raw materials “that no government has ever received” in Bolivia.

“The result was palaces, airplanes, luxuries, waste, corruption. The person in charge, obviously, was President Morales, but in particular his Minister of Finance, ”said Mesa.