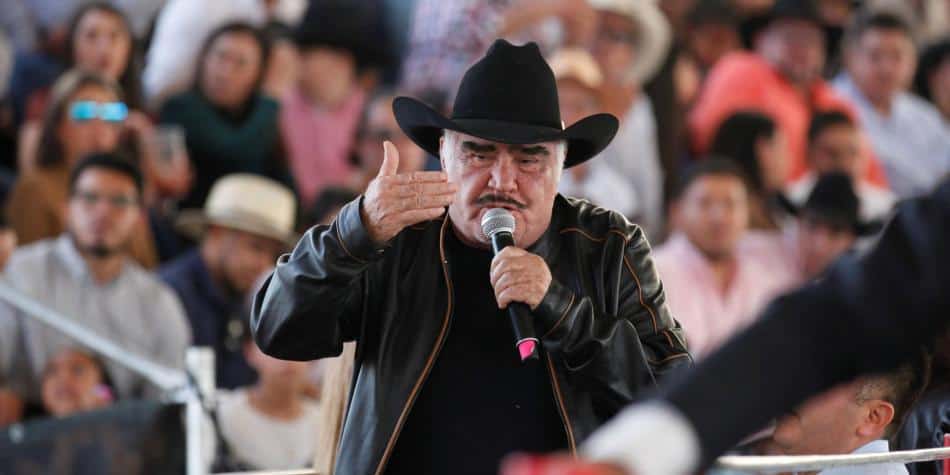 The 81-year-old singer presented fever, body pain, and stomach upset, for which he was hospitalized in an emergency in Guadalajara

The musician rancher Vicente Fernández, was hospitalized in an emergency this Wednesday in Guadalajara due to a possible infection in the urinary tract, reported his son Gerardo Fernández.

In a brief interview with the media, the son of the so-called “Charro de huentitán” affirmed that his father is in good health and ruled out that he suffered from Covid-19.

“It’s all good, he just came for a checkup for a urinary tract infection. I don’t know when he’s going to come out but he’s fine,” he said outside the private hospital.

According to local media, during the early hours of Tuesday, the 81-year-old interpreter had a fever, body pain, and an upset stomach that they had not been able to control, so the family decided to take him to a private hospital to be treated.

At first, the family suspected that Fernández, who was already vaccinated, could have contracted Covid-19, so he was subjected to a test of which the result has not been released.

It is speculated that the interpreter of “Divine Women” and “The King” could leave the hospital this Thursday.

Goodbye to the stage

In 2016 Vicente Fernández said goodbye to the stage, and although since then he has appeared singing publicly on some occasions, the artist has devoted himself primarily to resting and enjoying his family.

“Thanks to you, even an ignorant like me has managed to have a life, but there is one thing that is not given even with all the gold in the world and you have given it to me without putting a gun to your head.”

Thus, with these words and the interpretation of “I don’t know how to crack” and “Let it go pretty to you”, Vicente Fernández said goodbye in April of that year.

“El charro de Huentitán” chose the Azteca Stadium to end his career of more than five decades on stage, although he promised to continue publishing records.

Among the 85 thousand attendees who gathered at the Coloso de Santa Úrsula, were the comedian Teo González, the actresses Edith Márquez and Lurdes Munguía, as well as the group Río Roma and the singer Maluma.

“It is the last night that I sing, and as long as you do not stop clapping, I do not stop singing,” he exclaimed before giving rise to “100 años” and “Mujeres divinas”, on that historic night for Chente.

* With information from César Huerta